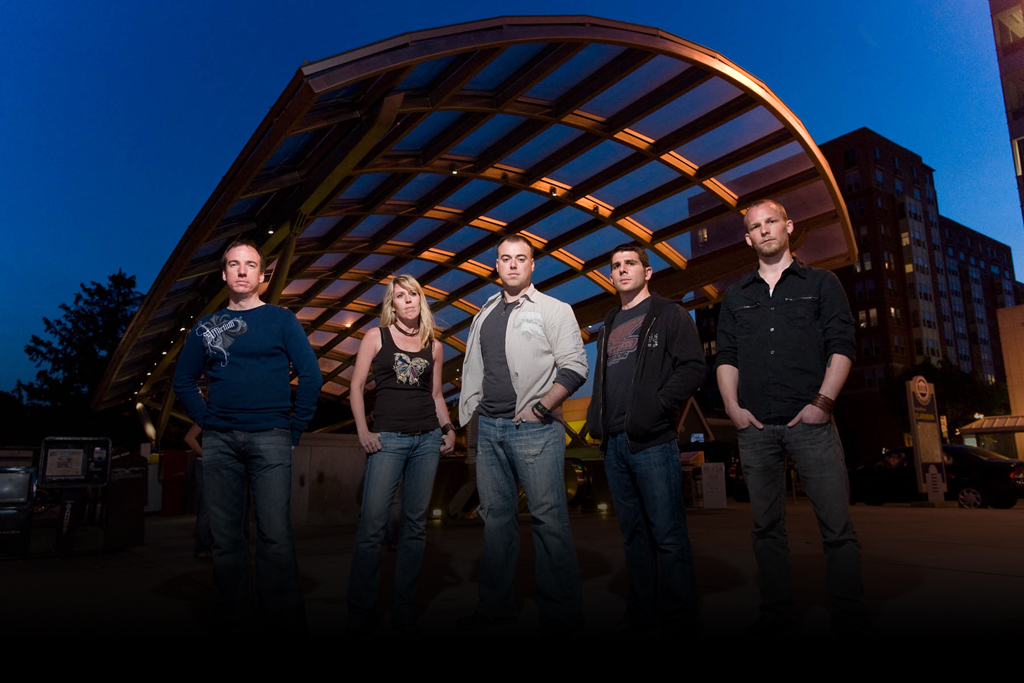 Gonzo's Nose is the most popular party band in the national capitol area.   Formed in the summer of 1996 by four musicians from the College of William and Mary, Gonzo's Nose brings solid musicianship to a massive setlist of cover songs, which range from the early 80's up until songs that hit the radio just yesterday.

It's All For Fun

As we like to say, We've been playing other people's music since 1996.   Gonzo's is a dedicated party band playing throughout Virginia, Washington, DC, and Maryland, as well as up and down the east coast, and we've traveled as far as Eastern Europe.   Although we're all classically-trained and take this Gonzo thing very seriously, it's really just a hobby for us.   We all have real jobs, and because we have (almost) no pretention, we're content to play nothing but covers.

If Cheese Made A Sound, We'd Be It

We've got a monster set list (260 songs, which would be something like 17 hours of music, if we were ever inclined to play it straight through!), and we pick high energy songs that people can dance to, spanning four decades and a mess of different musical styles.   Some of our most popular stuff -- this never ceases to amaze us — is the cheesy 1980s pop.   If you've ever been to a Gonzo show, you've seen people climbing on tables, yelling for "Jessie's Girl," and screaming through enough Journey, Duran Duran, Police, Madonna, Cars, and Pat Benatar (the list goes on) to put down a rhino.

...But Even Cheese Can Have An Edge

We also continually add new music to our set, often based on our fans' requests.   We're likely to follow up every 80s song with something much more recent:   Katy Perry, Foo Fighters, Pink, Blink 182, Lady Gaga, and the Killers.   By the end of the night, the gloves are off with Guns 'n' Roses, AC/DC, Bon Jovi, and Def Leppard.   Basically, if it's played on rock or alternative radio, we've probably done it at some point.   In fact, it's getting difficult for us to listen to the radio these days because of what our fans call "The Gonzo Effect," which is when we flip through just about every pop music station, only to find that they're all playing songs we've performed one too many times!

From Spores To Full-Blown Cheese

The original core of Gonzo's (Steve, Adrian, Kevin, and Jon) was all connected via various bands at William and Mary.   In the fall of 1997, after searching for almost a year for just the right person, we added wahoo Colleen to the Nose, who has applied her vocal and keyboard talents with great results.

After three more years with the same lineup, Jon left the band at the end of 2000, and we brought in bassist Adam to tighten up our bottom end (heh-heh).

Colleen bowed out in September 2002 to make babies, replaced by singer and keyboardist Jen after just a few tryouts — in fact, we liked her so much, we cancelled all auditions after we heard her!

In January of 2007, after TEN YEARS, founding member Kevin left to pursue graduate work, and was replaced by the punk-influenced Adam Kamber, fresh off a national tour with his former band Stars Hide Fire.

In July of 2007, bassist Adam also left to pursue other interests, replaced by Andreas, from the Berklee School of Music (and the country of Sweden) to take over on bass duties.

In January of 2009, after TWELVE YEARS, founding member Adrian bowed out (after commuting from Charlottesville, VA (an hour and a half away) for every practice and every gig!), and we're stoked to have found Mike, an amazing professional singer, to lead Gonzo's on vocals.

In January of 2017, after TWENTY YEARS, FIVE COUNTRIES, and 1016 SHOWS, this legendary band closed up shop with a blowout show at State Theater in Falls Church, which sold out almost two months in advance.   Despite being at the top of our game, we all had other priorities in life that had been patiently waiting for attention.   Practicing and performing every week, traveling on weekends, getting home from gigs between 2:00 and 4:00 AM, and never spending New Year's Eve with our significant others can only be sustained for so long.   Every member of Gonzo's (past and present) performed that night, and we'll never forget it. 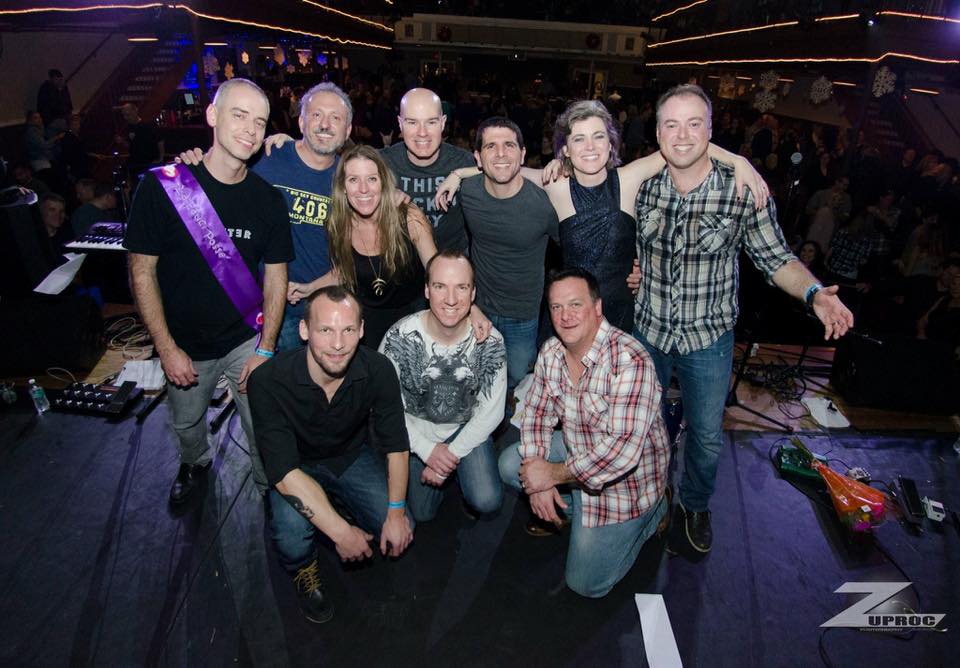 Will we do a reunion show?   Mmmmaybe soon!   Stay tuned!